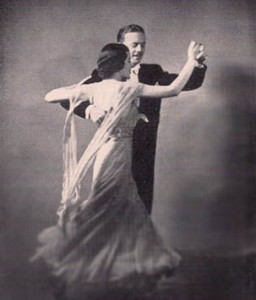 Dancing has played an important role in the cultures of many societies throughout history. Much of the history of ballroom dancing has involved social gatherings, dances and balls, at which dancing was particularly important as a means of enabling young people to meet each other, with the hope that they might meet their future husband or wife.

Talking about the timeless romance aspect associated with partner dancing! 😉 Ballroom dancing allowed couples to spend some time in close proximity while chaperoned.

During the Middle Ages, there was very little difference between folk and ballroom dancing, and dancing often involved groups of people moving in lines and circles, rather than dancing as couples. This was in part because most rooms had a central hearth, around which the dancers had to move.

Once chimneys and fireplaces set in the side of the room began to be used, the movement of the dancers was no longer restricted by the obstruction of the hearth.

Social dancing began to separate from folk dance during the Renaissance, with more formalized dances becoming common in the European royal courts.

France was the source of many of the new styles of dance at this time. The Minuet appeared during the 17th century, towards the end of this formal, mannered period. It was a very elegant, formal dance that grew in popularity during the 18th century. 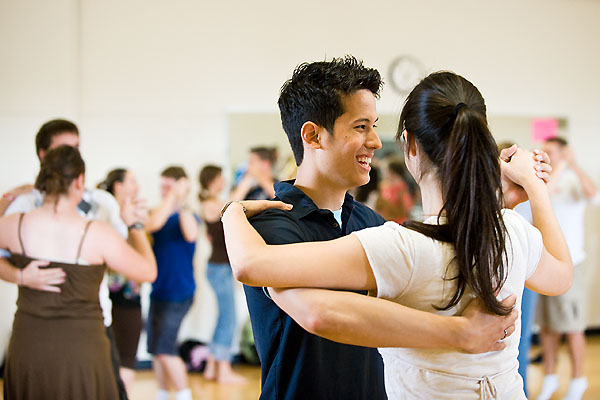 As social boundaries and rank started to become less important, more egalitarian dances such as the Quadrille and Cotillion, were invented, which enabled a constant changing of partners in dances that could fill huge ballrooms.

The polka originated during the 19th century, from a Bohemian folk dance that was formalized by the French, but it was the introduction of the Waltz during the Victorian era that was particularly important for ballroom dancing. Its speed and the prolonged close embrace of the dancers was considered revolutionary and rather shocking at the time.

The waltz was largely enabled by the smoother surfaces of dance floors at the time, and by the abandonment of heavy hobnailed shoes. One of the most important features of the waltz was that individual couples began to move independently, which became very important in the modern ballroom dancing of the 20th century.

During the 20th century, many new dances were introduced to the ballroom. The Tango was derived from two dances, a solo dance from Spain and an Argentinean courtship dance that was originally considered taboo among polite society in Argentina. 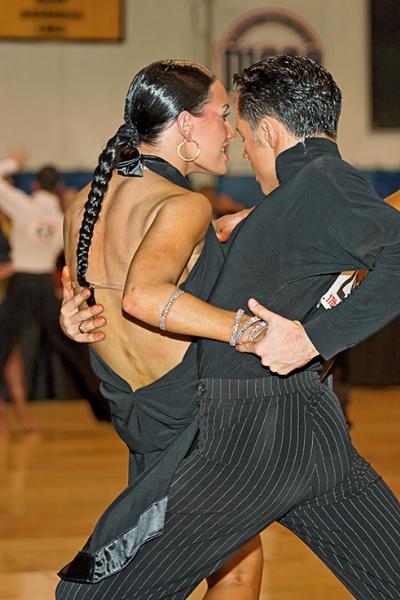 Modern ballroom dancing originated during the 20th century, with dances that allowed couples to move independently and with the introduction of new music styles. At the same time, there was an increasing interest in creating dances that could easily be taught from the new styles of dance and music, in both the US and Europe.

Ballroom dances were becoming standardized, allowing dancer to learn a number of standard moves that they could use with any partner they met.

Dancers and professionals like Irene and Vernon Castle, and dance societies such as the Arthur Murray group were very influential. Later in the century, screen stars such as Fred Astaire helped to spread interest in ballroom dancing. 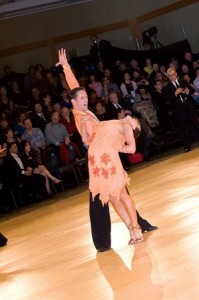 Competitive ballroom dancing or dancesport began to overtake social dancing towards the end of the 20th century, with two main styles evolving: the International or WDC defined style and the American style.

Dancesport had been around for some time, with a world championship being held unofficially in 1909. It first appeared on the television in 1960 and became very popular during the 1980s. Ballroom dancing has recently increased in popularity due to the presence of competitive dancing on television screens around the world.