Who is Chelsie Hightower?

Chelsie Kay Hightower is a professional dancer best known for her performances on the reality TV shows “So You Think You Can Dance – Season 4” and “Dancing With The Stars – Seasons 8, 9, and 10”. Chelsie specializes in Latin and Standard styles of ballroom dance. 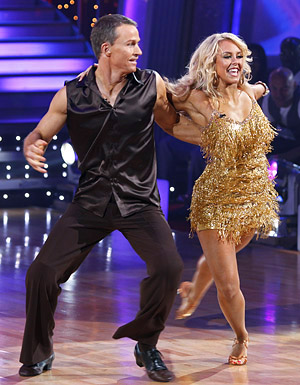 Chelsie Hightower’s bio provides overview of her dance history and her accomplishments as a dancer. You can view her pictures and watch Chelsie’s videos on Dancing with the Stars. Also find out whom Chelsie Hightower is dating. 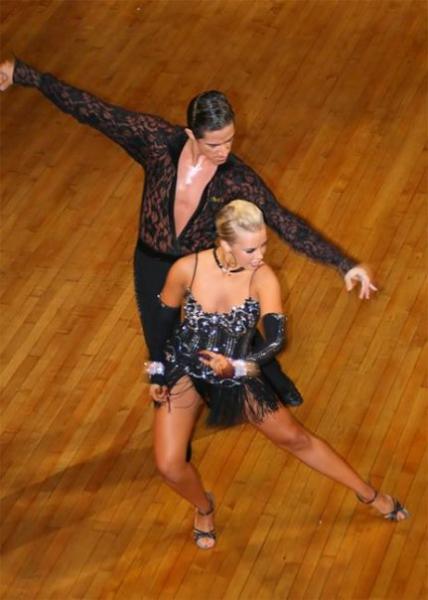 Chelsie was born July 21, 1989 in Las Vegas, Nevada. Chelsie and her family moved to Orem, Utah, when she was 6. Chelsie was the youngest in the family of 6 children. She and her five siblings who were all boys used to play all kinds of sports and especially soccer.

It was not until Chelsie was 9, that she started dancing ballroom dances socially at the after-school ballroom dance program. Later she joined a studio where she trained in Hip-Hop, Jazz, Ballet, and Ballroom dances.

Chelsie’s natural talent for dance was shining through, which helps explain why she was approached by the audition team of a rising Latin ballroom youth star, Bradley Gregory. After auditioning in front of a legendary Latin Ballroom Coach Shirley Ballas, Chelsie was selected, and thus her world Latin ballroom dancing career has began.

Bradley’s uncle spared no expense to help Bradley and Chelsie improve their dancing. He hired world class coaches such as Karina Smirnoff, who would train the couple one-on-one for an hour and a half every day.

On March 12th, 2005, Chelsie and Bradley placed 3rd in the US National Junior and Professional Dancesport Championships in Provo, Utah. They were also selected to attend the world’s most prestigious Black Pool Ballroom dancing competition in England. But, they did not do so well in Blackpool, and shortly after Chelsie auditioned for the the season 4 of TV show “So you think you can dance?”

Appearing on SYTYCD gave Chelsie an opportunity to work with Mia Michaels and Tyce Diorio who are some of the top choreographers in the dance industry. She ended up taking 5th place in the season 4 of the SYTYCD show.

Chelsie Hightower and Ty Murray on Dancing with the Stars 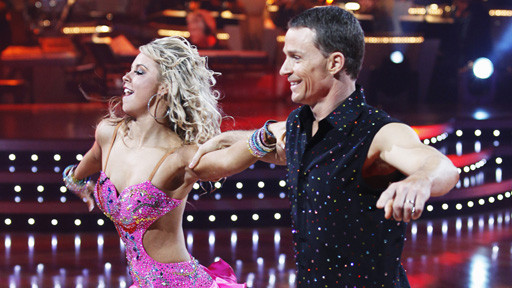 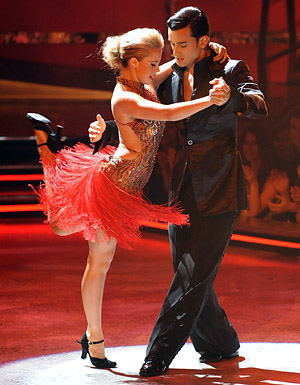 Chelsie Hightower does not have a boyfriend and is not known to be dating anybody as of the date of this post.

About Alex the Dancing Fool!